With a very impressive set of internships under her sleeve, such as one at STRI (Panama) with the Warkentin’s Lab and a Fullbright independent research scholarship in Morocco, Chloe came to Jyväskylä to pursue her PhD with us on the evolutionary ecology of tadpole cannibalism in the dyeing poison frog, Dendrobates tinctorius. See more here. 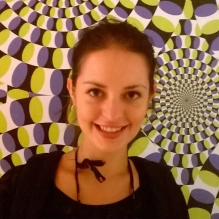 ‘Evolution of signal diversity: predator-prey interactions and the maintenance of warning colour polymorphism in the wood tiger moth Arctia plantaginis’. Katja is now doing a postdoc with the “Informed Birds Research Group” at the University of Helsinki. 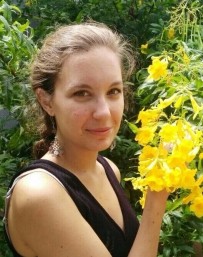 ‘Polymorphism in the aposematic wood tiger moth: a possible explanation through the phenomenon of generalisation’. Chiara has recently started her PhD studies on chemical communication in wood tiger moths at the Mappes’ Lab!

‘Visual illusions in predator-prey interactions: Do stripes create a dazzle effect during movement?’. Liisa has just finish her PhD at Cambridge University (UK), and is about to start a postdoc with with Mariella Herberstein’s Group at Macquarie University (Australia). 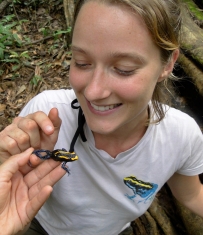 Tatiana recently graduated from his BSc in Biology with a thesis on the function and components of the putative deimatic display in the four eyed frog, Pleurodema brachyops. 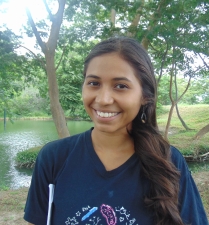 Sintana recently graduated from his BSc in Biology with a thesis on the effects of habitat degradation on the colouration of the Magdalena River tegú.